Leaving a Legacy is a Powerful Thing

Bill and June Joe are creating a legacy that will continue to support the community, with the help of their children. 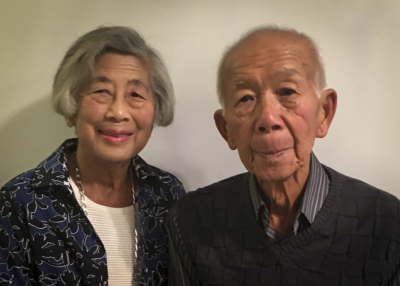 Bill and June Joe share a strong sense of community. As a successful restauranteur, businessman, and advocate for the Chinese-Canadian community in Ottawa for more than five decades, Bill Joe has been at the forefront of several major projects. He was part of a small group that in 1975 founded the Ottawa Chinese Community Service Centre (OCCSC). He led the fundraising efforts to build a residence for Chinese seniors at the corner of Florence and Kent and personally contributed to the Glebe Centre so they could designate a floor for Chinese seniors. Bill is also a 62-year member and previous president of the Kiwanis Club of Rideau and a former director of Carleton University.

Equally community-minded, his wife June has long had a passion for the arts in Ottawa lending support to the National Arts Centre and the Music and Beyond Festival, among others. Their daughters played in the Kiwanis Music Festival where June was a volunteer for more than 20 years.

Growing up in Ottawa

Born and raised in Ottawa, William “Bill” Joe hailed from one of a handful of Chinese families that emigrated to the area in the early twentieth century. He’s quick to describe the small­-town feeling that Ottawa had during those first years.

“We all knew each other,” he recalls. “It was a smaller community back then. I think that’s something you miss as the city grows.”

As a youth, Bill fell in love with hockey and joined a team—the Chinese Aces—made up of Chinese-Canadians that competed against other local teams in the region. 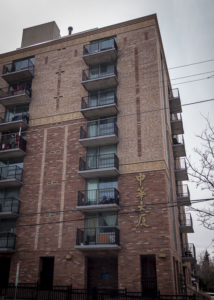 Bill led the fundraising efforts to build a residence for Chinese seniors at the corner of Florence and Kent.

“We would fill the rink on a Saturday night,” Bill begins. “We were a novelty. We weren’t very good, but we were fast. The money from the games would go to the War Relief in China fund.”

Living in such a tight-knit community led to his strong instinct to help others. His parents were also a source of inspiration. They ran one of the first local laundry and dry-cleaning businesses that doubled as an unofficial refuge for the less fortunate—Bill’s mother always had room at the dinner table for those that needed a good meal. In 1950, after taking over as manager of the storied Cathay Restaurant on Albert Street, he noticed that many of his employees were men who had difficulty bringing their families over from China. Bill realized he could help.

“I had the ability to speak both languages and I got to know some of the government officials that came into the restaurant,” he remembers. “I reached out to them and we were able to help quite a few employees.”  By helping newcomers navigate the system, Bill was supporting their successful transition to a life in Ottawa.

He reminisces about driving to the airport greet family members as they reunited. He counts that among his most gratifying moments. That urge to help newcomers eventually led Bill to work with then Ottawa mayor Marion Dewar on Project 4000, the city’s ambitious initiative to welcome refugees who had fled war-ravaged Vietnam in the mid-seventies. Many that came were ethnic Chinese who were in South Vietnam when the Communist North took power. On one occasion, Bill packed two families into his car and was driving them to his restaurant’s banquet hall when he overheard them speaking Cantonese; the families were taken aback when he joined them in conversation.

“Language is the biggest barrier for newcomers,” Bill adds. “Whether it’s Chinese, Vietnamese, or more recently, refugees from Syria. Going to a new country without speaking the language can make you feel isolated.”

For Bill, the OCCSC is another source of pride. Opening its doors in 1975, it consisted of one staff member at a desk in a small office on Gilmour Street. The brainchild of Bill and some of his friends, the Centre was created to provide the same kind of help he provided his employees. Today, it’s grown exponentially and provides a whole array of services for the community.

Later, when the Chinatown archway was unveiled in 2010, Bill was regarded as a driving force in making it a reality. The ornate structure has become one of the city’s most popular attractions. However, he’s quick to mention that members of the local Business Improvement Area and organizing committee deserve the credit.

“I got together with [local architect] Frank Ling to discuss how we could help,” he recalls. “We both put a few dollars up and people came out of the woodwork to match it.” He added, “The committee did the work and didn’t get enough credit for it!”

Planning for the Future

Recently, the Joes turned their attention to what might happen to their support after their lifetime. Would it be too much to leave their children to manage? How can they be involved without being burdened? These are typical questions the Ottawa Community Foundation receives from families like the Joes who have until now, managed their charitable assets, but want to leave them in good hands. 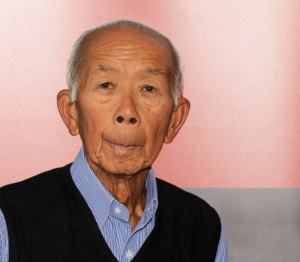 Bill Joe recently visited the Ottawa Community Foundation to share his story of growing up in Ottawa and helping refugees settled into the city. Now, Bill is looking to put in place a Fund that will carry on his work for years to come.

The couple established the Bill and June Joe Fund in the fall of 2018, but their initial introduction to the OCF happened many years earlier.

“I cannot believe the growth from day one,” he remarks. “A number of my friends have set up funds as well, so I had always thought that when we were ready, the [Ottawa Community Foundation] would be the one to work with.”

As he discusses his plans, Joe remarks how impressed he is with the Foundation’s investment management. “I want to continue to build something so that down the road the organizations I support will also be able to benefit.”

Celebrating his 90th birthday this year, Bill is hopeful for the future of those he helped welcome, and the community he helped build in Ottawa. Bill notes that the Chinese-Canadian community has grown significantly, from 250 to now more than 40,000.

Bill and June have settled into a more relaxed pace now, but continue to stay involved in the community, whether it’s attending AGMs or lending support to various causes. The Ottawa Community Foundation is proud to count them among its family of donors who contribute to making our city the best it can be.

Setting up a Fund helps carry on your legacy

For more than 30 years, the Ottawa Community Foundation (OCF) has been working with donors to help them meet their charitable goals. One way we do this is by making it easy to set up a fund like the Bill and June Joe Foundation. Known for their tireless efforts to help others, Bill and June established the endowment fund to support causes important to them and to allow their children to carry on that legacy.
Barry2019-05-03T11:59:13-04:00May 3rd, 2019|Blog|Comments Off on Leaving a Legacy is a Powerful Thing