Ottawa Community Foundation in the News

Steve Pomeroy, head of Focus Consulting Inc. and Senior Research Fellow for the Centre for Urban Research and Education (CURE) at Carleton University, was on CBC Ottawa Morning to discuss his work with the Ottawa Community Foundation in setting up an acquisition fund to invest in affordable housing. Stream the interview (CBC Ottawa Morning)

President and CEO Marco Pagani is interviewed for 1310 News with Sam Laprade. Marco spoke on the Foundation’s response to COVID-19. Stream the interview (1310 News).

President and CEO Marco Pagani is interviewed for CFRA’s Money Talk with John Budden. Marco spoke on the work that community foundations do, and in particular some of the strategic priorities that the OCF has undertaken. Stream the interview (Bell Media and 580 CFRA).

The Ottawa Community Foundation is one of seven investors that have committed a total of $1.75 million to help Indigenous businesses scale. By creating this small impact fund, Vancouver-based Raven Indigenous Capital Partners is making equity investments in socially-focused indigenous entrepreneurs. The OCF joins Community Foundations of Canada, Inspirit Foundation, Lawson Foundation, Lochmaddy Foundation, Swift Foundation and Vancity in backing the fund. See the full article in The Globe and Mail[subscription may be required] or see ImpactAlpha for a summary.

The following is an interview between Alan Neal of CBC’s All in a Day and Rebecca Aird, OCF’s Director of Grants and Community Knowledge and Lead on the Low Carbon Cities Canada (LC3) file. In the interview, Rebecca discusses the recent announcement by the federal government to invest $183 million in LC3 and the naming of Ottawa as one of the seven centres.

On September 26th, the Ottawa Community Foundation joined the United Ways, Canadian Red Cross and community partners in the aftermath of the storm. The following is some of the editorial coverage from the announcement.

Youth Now Farm , a finalist in the 2017 New Leaf Community Challenge, is profiled in this Global News segment which highlights the work of Youth Now Canada and the Parkdale Food Centre in  helping at-risk Ottawa youth gain job skills.

President and CEO Marco Pagani is interviewed for the Spring issue of Ripples, the newsletter published by the Community Foundation for Kingston & Area

Cycling up, water use down in Ottawa, but too many still drive to work: study

Community Foundation Board Members Susan St. Amand and Janice Payne among Top 25 People in the Capital for 2015 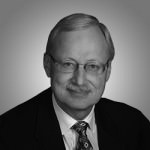 Jan. 3, 2015 – Ottawa Citizen
David Sweanor has been donating anonymously for the past 15 years…until now
Video Interview about decision to go public

May 23, 2012 – Ottawa Citizen, Leave a Legacy
From family dynasty to community legacy: how Shirley and John Westeinde are paying it forward

November 30, 2011 – Ottawa Citizen, The Wrap
The Great River Project – creating a network of care along the Ottawa River

May 25, 2011 – Ottawa Citizen
Legacies of passion and promise